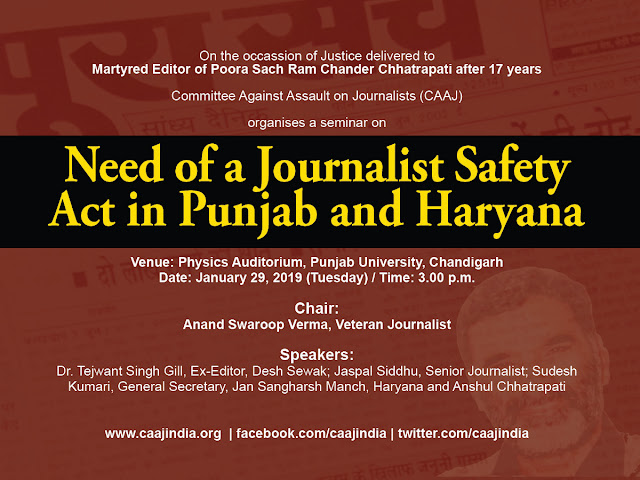 March 09, 2020
The Committee Against Assault on Journalists (CAAJ) releases a report titled "Republic In Peril" on recent cases of Assaults on Journalists in Delhi covering three months from December 2019 to February 2020. This report documents a total of 32 cases of various types of Assaults on Journalists covering socio-political developments in the capital city of India after the eruption of anti-CAA protests.
The report outlines three phases of assault in Delhi.
First in December, 2019 that started after anti-CAA protests erupted with centrestage being Jamia Millia Islamia University. A total of seven cases have been documented where Journalists who went to cover Jamia were assaulted physically. These assaulted journalists included mainstream news channels, agency, international media BBC and digital platforms. The assaulters included mob and police.
This first phase lasted for five days from December 15 to December 20, 2019 although assaults continued nationwide for the whole month til…
1 comment
Read more